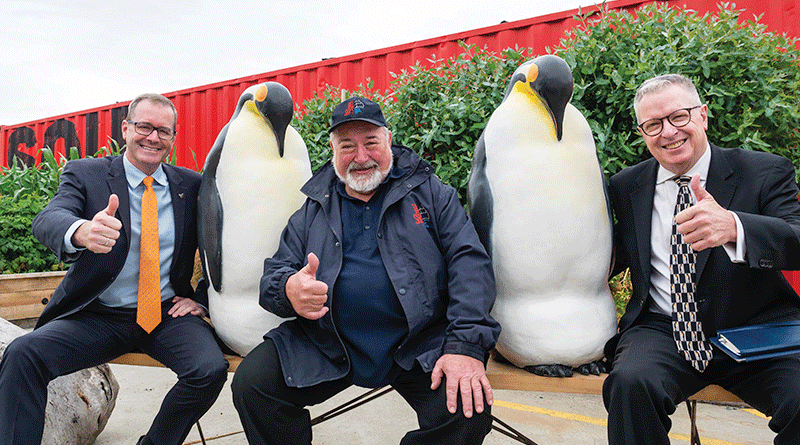 THE icy offerings of the Australian Antarctic Festival are now in the works with the dates for the 2020 event set for Wednesday 29 July to Monday 3 August.

This year the event will coincide with two major international conferences; the Scientific Committee for Antarctic Research (SCAR) and the Council of Managers of National Antarctic Programs (COMNAP).

These conferences will bring 1,200 delegates from 18 countries to Hobart and, together with the festival, will showcase and celebrate Hobart as Australia’s gateway to Antarctica.

Once again, festivalgoers will have the rare opportunity to tour Antarctic ships berthed at Princes Wharf.

This experience, along with a multitude of other festival offerings to be announced later in the year, will provide thousands of Tasmanian school children and the general public the chance to learn more about Tasmania’s frozen neighbour.

Mawson’s Huts Foundation director Greg Holland said he was delighted that the support of the State Government and the City of Hobart had again allowed the community to celebrate Hobart’s connection to Antarctica.

“We are looking forward to welcoming our guests from Tasmania, interstate and overseas and we are excited to be able to share Antarctica and Antarctic discovery with the world,” he said.

Almost entirely free to the general public, the festival boasts a range of activities including tours, demonstrations, workshops and major exhibitions at PW1, TMAG and TasPorts’ Mac 2 cruise terminal.

Small donations will be collected to support the work of the Mawson’s Huts Foundation, which preserves Australia’s Antarctic heritage at Commonwealth Bay.

Also returning for 2020, the popular ‘penguin rookery’ exhibition will be expanded with students from more than 18 countries participating in one of the world’s largest community art projects.

The festival will run from 29 July to 3 August.