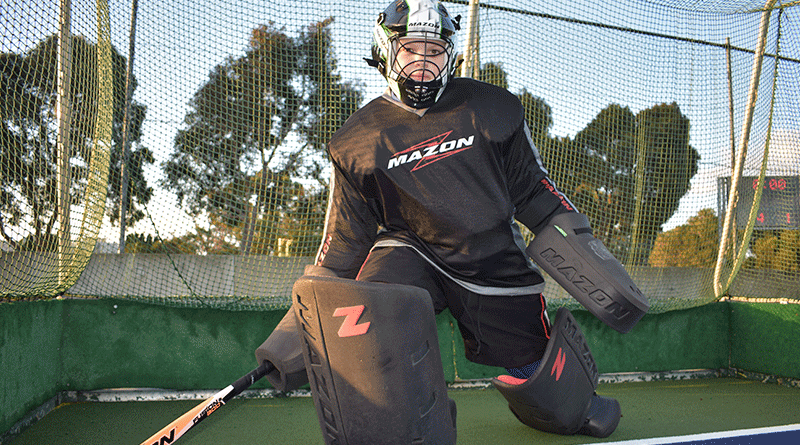 TWELVE-YEAR-OLD Seth Davies has made the most of the opportunities that have been given to him, having been selected in the state under-12s squad for hockey – something he fits in with his other life commitments.

Seth was selected as one of two goalkeepers in the squad that will compete against other states in Victoria.

Having played hockey for three years, Seth said he started the sport because his friends played it and it was fun.

“I have met so many new friends and it is such a friendly sport,” he said.

“If someone from your team gets hurt, the other team will come over and help them.”

Seth said playing as a goalie had taught him a number of skills, such as hand-eye coordination, and he hoped it would help him continue to improve in the future.

“I definitely want to try out for the Tasmanian team again next year,” he said.

In addition to hockey, Seth is kept busy through karate – where he is an orange belt – and Kumon Maths and English.

Kumon Maths and English are personalised after-school tuition programs that allow students to study at their own pace.

Seth said these extra-curricular activities, along with club, school and state hockey, took up most of his week.

“Studying Kumon every day, I know that to do well in hockey and karate, I have to be dedicated,” he said.

Seth’s mother Carmel Davies said the commitments that her son had taken up had multiple benefits.

“It’s helped Seth develop positive habits and create routines, so he can manage his studies, as well as all his other extracurricular activities,” she said.

Caption: Seth Davies, 12, has been selected for the state under-12s hockey squad.

ROTARY Tasmania is helping ease the hardship of Tasmanians facing homelessness and insecure housing this winter by knitting blankets. Last