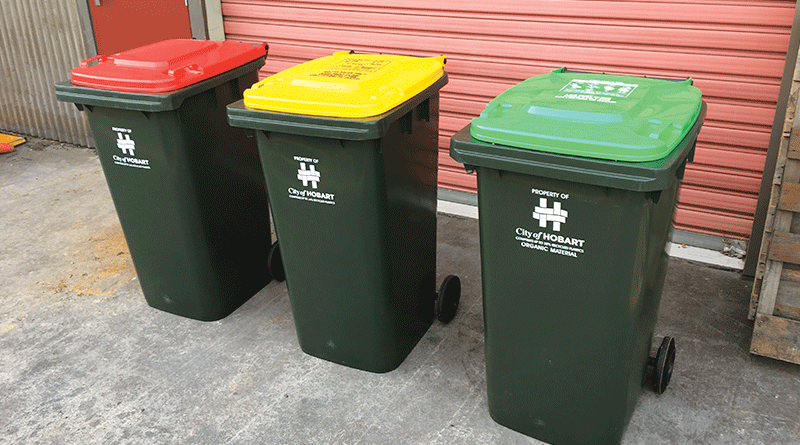 DON’T be surprised if you start to see red lids popping up among the sea of dark green lids on future rubbish collection mornings.

There’s nothing wrong with your dark green general rubbish bin, but the City of Hobart is starting to change lids to red while it fixes broken lids or replaces lost or stolen bins.

There will be no cost to ratepayers for the changeover.

The change brings Hobart in line with the Australian standard for wheelie bin lids – red for general rubbish, yellow for recycling and green for garden waste.

Using three distinct colours helps some people to better sort their rubbish into the three streams.

The City of Hobart is aiming to reduce the amount of waste going into landfill by 2030 and better recycling habits will help get us there.

Caption: Red-lidded wheelie bins are now being rolled out across Hobart to replace the dark green-lidded bins for general rubbish.

Get lost in amaze-ing Richmond